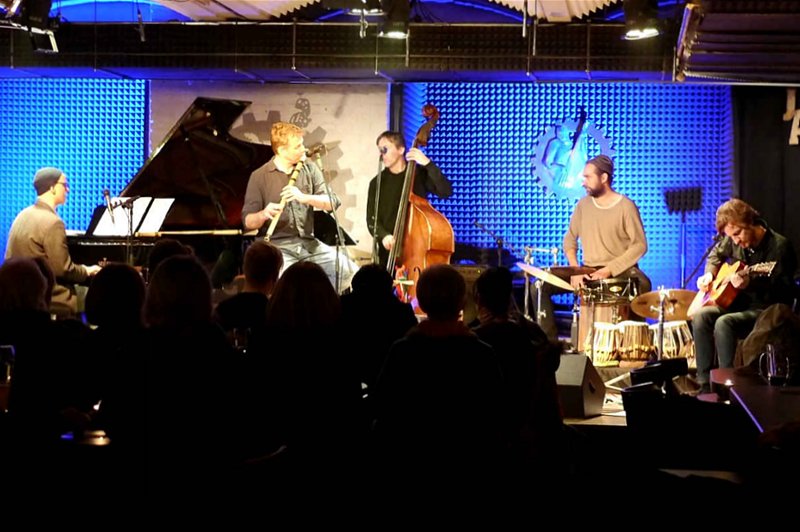 OYA plays a distinct mix of jazz, world music and soul on instruments from the Indian culture, such as the bansuri (north Indian bamboo flute) and the tablas, together with piano, double bass and guitar.

The resulting sound is exotic because of the Indian instruments; however the compositions have a Western influence and are rather nontraditional. They are compositions with sensitivity and a great deal of soul and depth, which give rise to mental imagery but also can erupt with emotion.

OYA was founded in 2014 by Jan Rase, a Berlin multi-instrumentalist and successful music producer.

Outstanding musicians of the Berlin jazz and world music scene, such as Tilman Hintze on the piano, Bernd Kuchenbecker on the double bass, Dirk Homuth on the guitar, André Tack on the tablas and various percussion instruments and Jan Rase on the bansuri and occasional vocals, create hypnotizing soundscapes, from meditative passages through to spiritually inspiring compositions and impulsive moments of free improvisations, many reflecting the musicians’ lifelong musical experiences.

Jan Rase is a bansuri player, composer and OYA´s bandleader. He collects ideas and is a visionary, who respectfully considers the musical traditions of the world and translates them into his own work.

The close collaboration with Moroccan Gnawa-musicians (Sufi/Trance), concert tours to Japan and several stays in India have introduced him to the cultural diversity of this world, and so his musical work portrays a universally influenced image, always in the search of the connecting, the peaceful and the balanced.

In „The Giver“ he sings „We have to overcome this tragedy and bring some healing to the people, no matter what they say, we are no enemies, we are equal!“

Jan Rase: bansuri/vocals/compositions
Early on, Jan played keyboard and saxophone in a myriad of bands, with musical styles ranging from Metal and Funk, to Jazz and World Music. In 1993, he heard the Indian Bansuri bamboo flute for the first time in India. Fascinated by the warm and airy tone it produces, the Bansuri became a significant instrument for him from that point on and greatly influenced his musical direction.

As a session musician, Jan worked with artists such as the internationally recognized Dancehall Reggae band Seeed, among others. In his own recording studio, Tonicum Music, he has composed and produced film scores and countless other projects, in addition to operating his own music label, Tonicum Records. Jan’s music tours have already brought him to Italy, France and Japan. 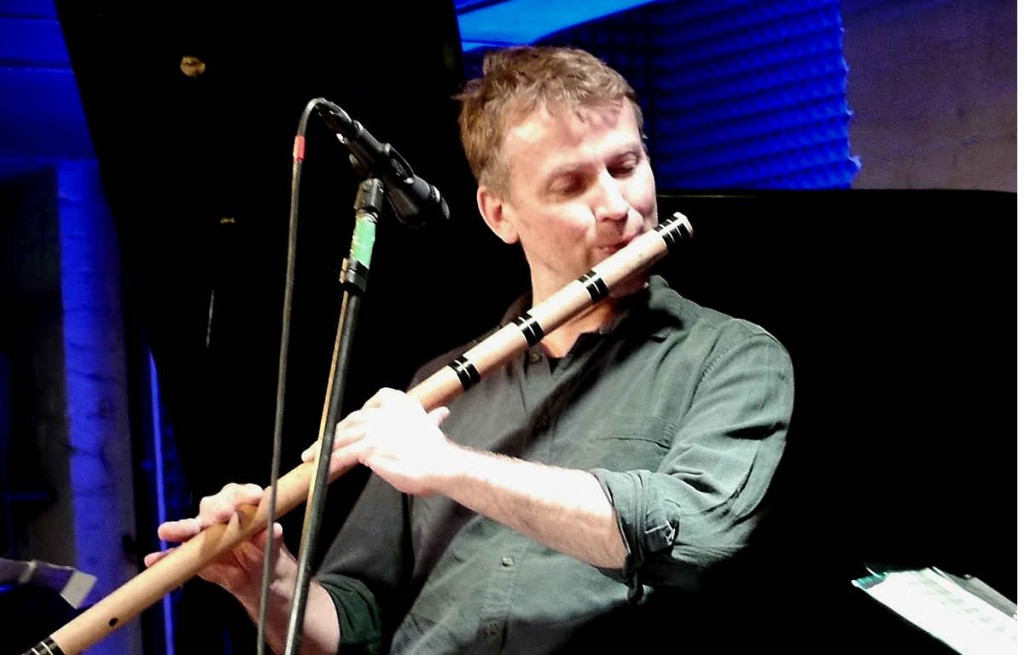 Tilman Hintze: piano
Tilman studied classical and jazz piano in Hamburg, Berlin and New York and went on to be named the Grand Prize Winner at the Leipzig Jazz Days Festival. He played piano and keyboards in numerous Jazz, Blues, and Rock Pop bands in the Berlin music scene and works arranging and composing for theater and film in Berlin and Schwedt.

Music tours have brought him as far as Lithuania, Benin and Cape Verde. To date, Tilman has released two CDs with his solo project, The Yuma, a band that combines his passion for jazz, soul, and Cuban music. 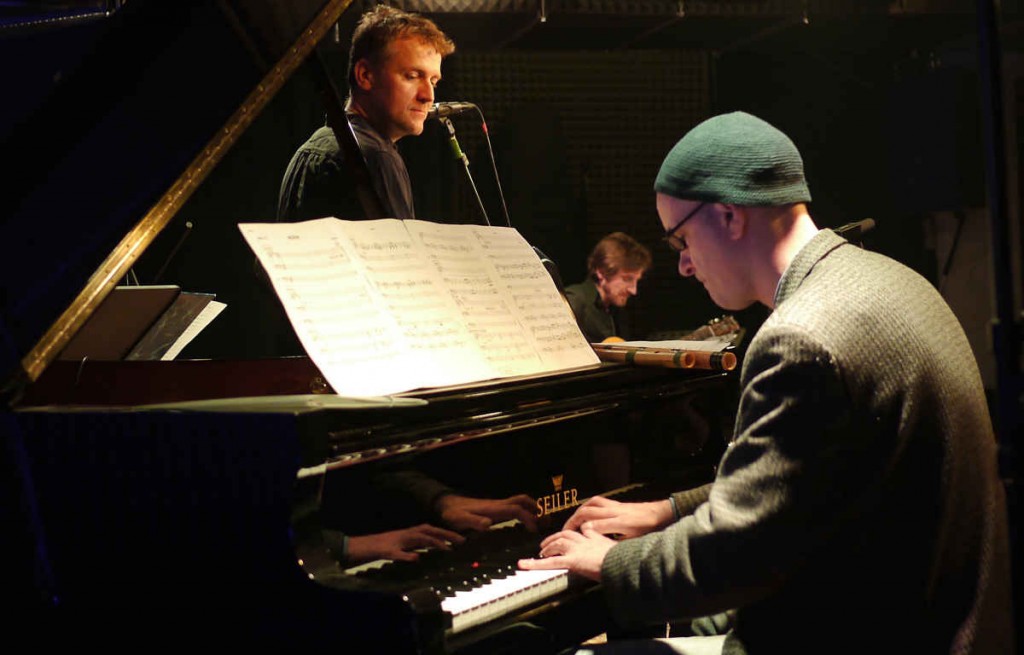 Dirk Homuth: guitar
Dirk has worked as an independent musician in Berlin since the tender age of 18. He honed his chops in different band formations on the Berlin Jazz scene, covering musical styles from Swing to Modern Jazz.

Ultimately, Dirk felt himself more drawn to song-oriented music and has played with the likes of German-Israeli avantgarde pop band, Ofrin, with internationally acclaimed songwriter, Oren Lavie and with French singer-songwriter Corinne Douarre, with whom he continues to collaborate.

Dirk has produced three albums with his own band, Almost Charlie. 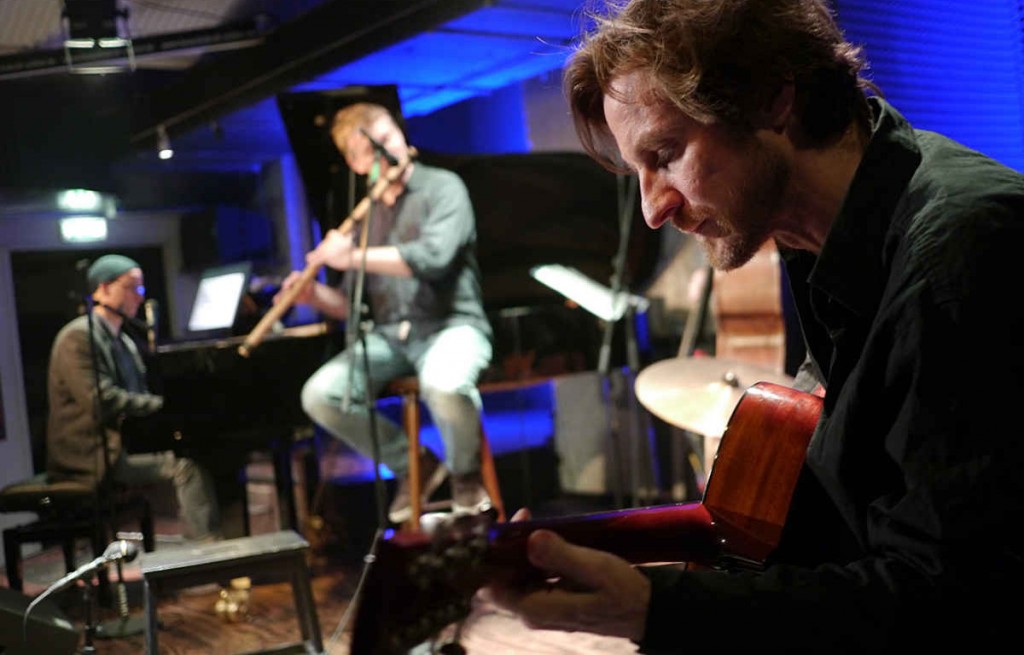 After many detours and many lessons along the way, Bernd studied double bass with Thomas Grossman and Ed Schuller at the “Hanns Eisler” music college in Berlin. He recorded CDs of his own compositions and played with countless amazing Jazz and Blues musicians like Little Willie Littlefield, Jimmy Smith, Marty Grosz or Martin Weiss.

André Tack: tabla/percussion
André studied jazz guitar at MGI (Munich Guitar Institute) in Cologne, before he discovered his passion for improvisational music and World Percussion while studying Music Therapy in the Netherlands. He studied Indian Tablas, an instrument that more than captivated him, under the tutelage of Ravi Srinivasan. In addition, André dedicated himself to discovering archetypes in music and movement, and delved into psycho-spiritual development and work with the Enneagram of Personality.

Currently, André also works as a Music and Gestalt Therapist in his own practice and regularly plays for 5Rhythms Dance Workshops (developed by Gabrielle Roth) with musicians from Sweden and Denmark.