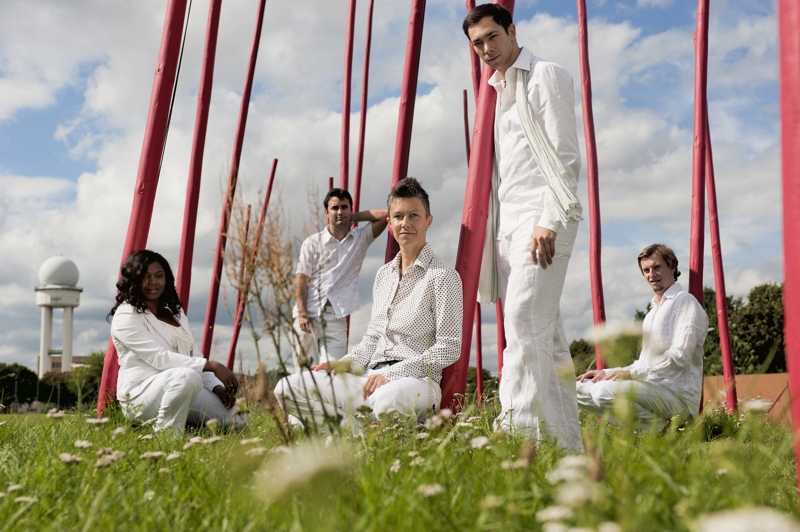 Cuba in Berlin – That’s Mi Solar, the salsa band that embodies what its name implies. Any place where these musicians perform is transformed into a throbbing grooving atmosphere.

„Mi solar delivers a sound that couldn’t be more Cuban and more Caribbean“ (Musikansich) with „clearly more variation than some productions made by salsa superstars.“ (salsaholic) The audience gets down, it’s hot and everyone’s dancing, and what about a mojito? A perfect Cuban atmosphere!

in addition
winner of a studio price from the Berlin Government of Culture. Finalist of the „Creole World music“ competition, Berlin and World Jazz-Award „Ella 2006“, Berlin The musicians 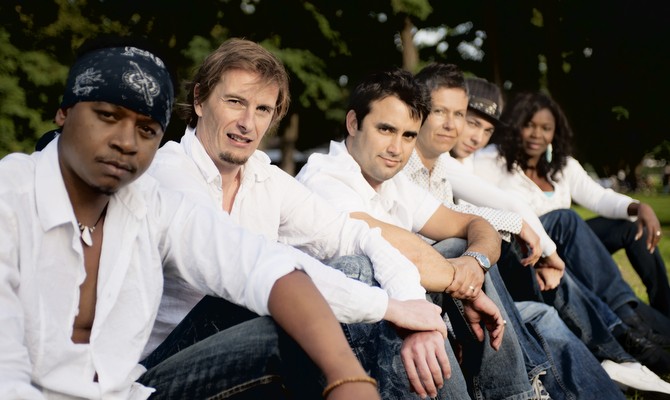 Excerpts from CD reviews
„Already when listening for the first time the musicians with Cuban singer Mayelis Guyat trigger memories of Santiago’s old glory. Rich trumpet sounds set the tone for the hottest of all rhythms; outstanding percussion and especially the impressive voice of Mayelis complement each other perfectly. […] From the opening „Dile A Catalina“ to „La Isla“ and „Profundo“ to „Lágrimas Negras,“ Mi Solar is surprising and thrilling, as much with its original compositions overflowing with a zest for life as with fresh arrangements of classical Latin American pieces. Mi Solar doesn’t leave you any choice: It is all too tempting to get infected with the feel of the Caribbean. (blue rhythm/jazzthing, March 2008)

„Throbbing congas, powerful piano chords, some razor-sharp horn phrases and things really get cooking! Mayelis Guyat has a voice that doesn’t let you walk away. Mi Solar’s salsa is simply where it’s at, with imaginative melodies, jazzy solos, wonderfully precise yet forceful percussion breaks. The only thing this band can’t do is hit the brakes. Even if a song starts out as a soulful ballad, within two minutes they’ve had enough of being sentimental and hit the gas. Such a packed, authentic sound comes right out of the Caribbean – that’s what you think, but the palm trees on the cover are standing next to Berlin’s Reichstag dome.“ (Westfälischer Anzeiger, 26 March 2008)

„It is not very easy to assign Mi Solar’s songs to a clear-cut category. „Señora“ develops from a romantic salsa, with passages that might prove hard for some novice dancers to stay in step, to a rousing timba, in which it is pretty hard to lose the beat. „La Isla“ starts out as a guaguancó rhythm, fading into a danceable salsa, and returning at the end for another delightful forty seconds of the Afro-Cuban guaguancó. But my absolute favorite on this CD is „Profundo“. At first a languishing bolero with a stunning vocal performance by Mayelis Guyat, the song changes midway into a lively salsa. […] This band needn’t be afraid of being compared to the big ones of the business – and the seven original compositions on this cd offer clearly more variation than some productions made by salsa superstars.“ (salsaholic, March 2008)

„For purists among Cuban music fans, who view the ancient originals from Cuba as the only legitimate representatives of Caribbean salsa rhythms, the lineup alone might seem sacrilegious: Almost the entire rhythm section of the band is comprised of women. Band founder is the German bassist Maike Scheel, and the wonderful lead singer is also a woman, Mayelis Guyat – generally singing original lyrics – whose interpretations do not need to fear comparison with those of the dazzling Celia Cruz. Right with the first song Mi Solar sweeps away the suspicion of having to expect a boring, conventional imitation of Caribbean music by some German band with a musical firework that leaves you breathless. […] This means that Mi Solar is not only fit for worldmusic-festivals but also shakes every dance-floor and the coming backyard parties. So: Buy the cd and start partying!!!“ (aponaut, March 2008)

„The Mi Solar band from Berlin offers a sound overflowing with musicality and a joy in music-making. Funky rhythms and horn phrases combined with expressive vocals make you want to dance; they enhance your mood considerably, even without alcohol. […] Accompanied by top-class musicians, Mayelis Guyat recorded most of the songs in a single take. You can clearly hear that spontaneity. It is not cool and removed, like so many over-produced discs; no, every one of the nine pieces is hot and alive.“ (Weltmusik-Magazin, March 2008)

„On their Amistad album, the Mi Solar band plays „real Cuban“ music mixing salsa, timba, bolero, and guaguancó, without listeners ever noticing that the band is not „real Cuban“ at all, but from Berlin.“ (Jazzthetik , March 2008)

„This is an album that distinguishes itself through the music and the passion to make music. […] The CD is exciting and shows great diversity and great potential in expressing a culture.“ (JazzZeitung (online), March 2008)

„Mi solar delivers a sound that couldn’t be more Cuban and more Caribbean – even though the band comes from Berlin, Germany. Traditional and modern Cuban music is underlined with elements from Jazz, Salsa, Timba, Soul and Funk. So the listener immediately dreams of sun, white beaches and cool mojitos.“ Musikansich