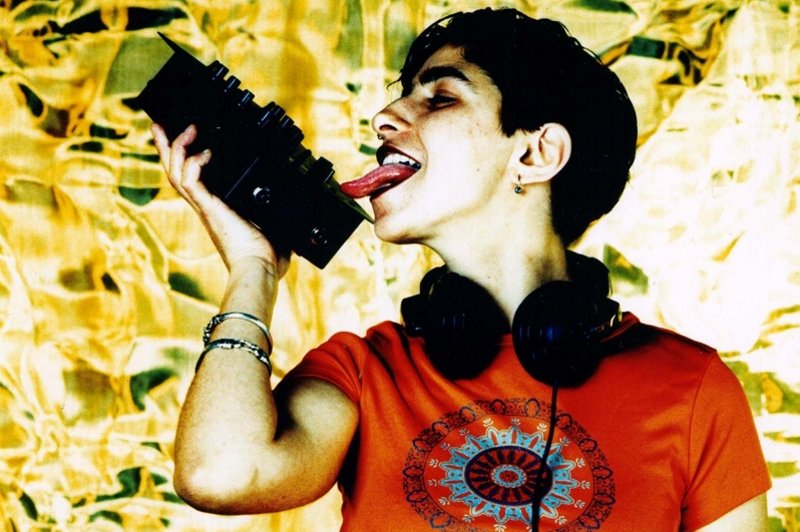 DJ Ipek Ipekçioglu has developed herself into an exclusive Berlin export article, visiting festivals and clubs all over the world. With her groovy mix of middle eastern and asian Dance Music, amalgated with Berlin Electro, Breakbeatz and Pop. „Europe’s hippest DJ“ (Magazin QX, Schweden) has djayed along artists like Grand Prix-winner Sertab Erener, for Goran Bregovic, dZihan & Kamien or Mercan Dede, Baba Zula and Nithin Sawney and was on tour with Ojos de Brujos.

STORY
In the mid-nineties, DJ Ipek Ipekçioglu stormed the multilayered Berlin club scene and gradually her eclectic music and characteristic mixes turned into the foundation of a new style emerging in the clubs and nightlife of the city as a pioneer for OrAsian soundfusion. This was acknowledged by the widespread magazine Zitty when they ranked DJ Ipek Ipekçioglu as one of Berlin’s most important cultural contributors. Since then, DJ Ipek has developed herself into an exclusive Berlin export article, visiting festivals and clubs all over the world: New York, the desert Sahara of Mali, Salvador de Bahia, Stockholm, Istanbul, Glasgow, Shanghai, Peking and so forth. She has toured in Spain with Ojos de Brujos, she made an exclusive tour throughout China has undisputedly earned herself a reputation in the heterogeneous landscape of international nightlife.

STYLE
Eklektik BerlinIstan is a groovy mix of Middle Eastern & Asian & Balkan folk and dance music, fusioned with Berlin electro, Breakbeatz and Pop. Through her sets, DJ Ipek takes her audience on an aural journey through the cultures and music of Turkey, North-Africa, Israel, Persia, the Balkans, Greece, and Bollywood, as well as carefully planned escapades to the UK and USA. Her hybrid and characteristic sound „Eklektik BerlinIstan“ provides surprising breaks to the steady course of club music. DJ Ipek Ipekçioglu has djayed along artists like dZihan & Kamien, Niyaz, Goran Bregovic, Baba Zula; Hüsnü Senlendirici, Mercan Dede and Nitin Sawney.

Daniel Bax, the music critician called her, „the Master of Ceremony of the transcultural understanding and has set important milestones“. „In 2006 the Berlin-based DJ published her album „Beyond Istanbul“ which received nationally and internationally very positive feed-back. The Süddeutsche Zeitung called her a musical and political „visionary“, whose eclectic adventure journey leads immediately into a country of radical social change, far beyond the clichés and known Pop exports, such as the singer Tarkan. The Hamburger Abendblatt spoke of „highly sophisticated musical enlightenment“.“ Her CD „which is a cross-section, free of blinkers and ideology“ (Rolling Stone) and was voted as the album of the month by the Bavarian Radio Broadcasting’s program „World Receiver.“ (taken from Wikipedia) 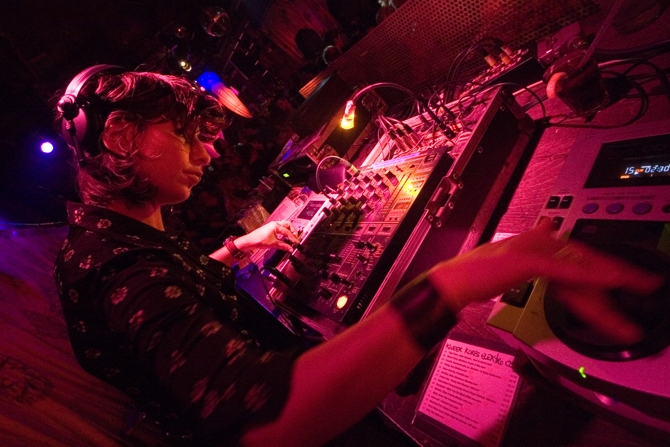 AWARDS
In Sweden she was selected by the homosexual magazine QX as the „hippest DJ of Europe“. Another international award was Ipekçioglu’s victory at the World Beat DJ Competition 2005 in London. Her CD „Beyond Istanbul“ received an award as bestseller by The German Record Critics.

RESIDENT CLUBBING
DJ Ipek Ipekçioglu is resident DJ at a row of popular clubs and events in Berlin, Europe’s hottest capital: SO36, Transurban.tv, BalkanBalkanParty, Absolut Balkanissimo, Kanakwood-PostMigrantSounds, and Popdeurope. In addition to this, she regularly hosts the Re:Orient Club in Stockholm, Sweden. She is also one of the masterminds behind the Berlin cult club night Gayhane – House of Halay, n event of cult status. She is frequently in Stockholm for the „Re: Orient Club Night“, Ipek was the curator of the IN TRANSIT Club 2003 which was part of the In Transit Festivals of the Berlin House of Cultures of the World. From 2001 until 2005 she organized and assisted the Orient Bazaar stage at the Carnival of Cultures with Turgay Ayaydinli of Kokona Productions. Since two years she designs a stage at Myfest, at the 1.st of May in Berlin-Kreuzberg. 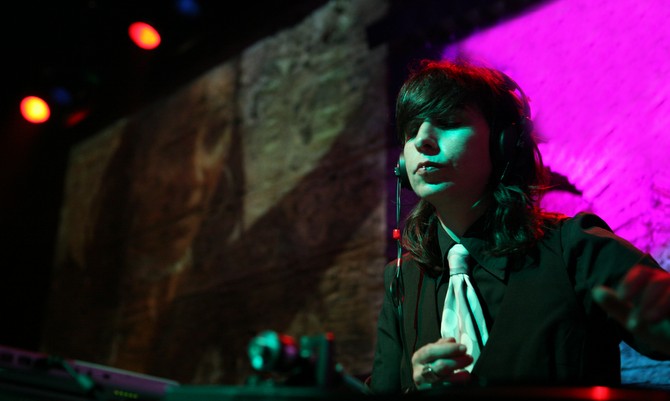 „Some years ago you had to look from Berlin to Great Britain to find the up-to-date Asian Sounds on the dancefloor. Thanks to the energy and power of DJ Ipek we can be local patriotic in this point. With her hybrid sound mix called Eklektik Arabesk-kon FUSION OrAsia and club series like Club Deewane Ipek is not only successful in the Berlin nightlife. She is becoming a guest on international Festivals and dancefloor events.“ Björn Döring

„…first and foremost, the Berlin nightlife can’t do without her anymore.“ EMMA „You have to point it out, that Ipek belongs to one of few DJ’s who knows how to dj FOR the audience. She is able to build up a temporal frame, in which she surprises and challenges her audience, thereafter bringing them back to familiar territories…“ Feedback at www.crashhelmet.ch

„DJ Ipek, directly from the Berlin underground scene. She is incredible. Absorbed in her headphones, wildly turning the pages of her record folders, lashes the cd-player, looks up a second to check that the dance floor is packed and ready to spin loose. DJ Ipek smiles, puts down the speakers. Dances (extremely cool), mimes to the techno worked Turkish schlager songs like a drag queen. She plays a strictly folkloric drum and clarinet song, she plays belly dance music and Darbuka solos, she manages to get a folkdance ring going on the dance floor, and some hard mixings later the whole ring is jumping like sweaty club monsters. DJ Ipek looks like a modern dancing dervish, when she, full of satisfaction, swirls around and watches the mess she made.“ Per Andersson, Expressen

„This night, that which Ipek plays is the collision of the Orient and the Occident. She mixes the oriental musical heritage with electronic House and Techno sequences. This event was the first one to put oriental House and Pop music on the German club landscape(…)Turks, Arabs, Greeks, Israelis, Irans, Germans, Americans and people from other culture celebrates. They are gays, heteros, they are christians, muslims, jews, atheists and everything in between…“ Ulf Schubert, Berliner Zeitung