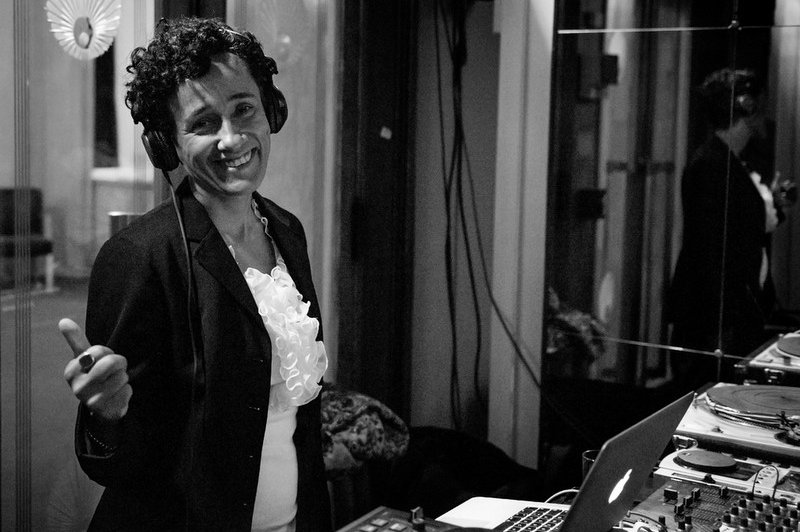 DJane Grace Kelly, who is origin from Bahia (Brazil), came to Berlin in 1996. Fascinated by the multicultural metropolis with its different sounds she began to mix the hottest sounds from Brazil, World-Beat, Latin-Elektro, Afro, Drum´n´Bass, Pop, Oriental Breakbeats and Eastern European music.

Her own permanent party event called “mundo mix” and her radio show is “Selektor – Brazil Beats” at Radio Multikulti.

Everything interesting about culture stem from the mix. And it’s worth reminding oneself of this, in days when hip hop is commonly interpreted as anabolic wannabe gangsters scowling about their latest pimping and ”world music” can be pretty much anything between a football ode and a Germanized version of ”Guantanamera”.

But this will always be: when different experiences, sounds, feelings and views collide, new expressions arise. This can be seen in cooking, love making, music and other absolutely essential areas of life. You cannot grasp Flamenco without the movement of Roma and Sinti, or the enigma of pop music without the influences of blues, and other rhythms carried from the south with immigrants.

DJ Grace Kelly reached Berlin in 1996 along one our modern times silk routes, leading from Bahia in Brazil to the verge of Western Europe. If one aims to describe the explosiveness of her urbanized music, this travel is an essential point. DJ Grace Kelly, christened this way in a small Brazilian village by her parents, embodies what happens to culture when it travels and expands. 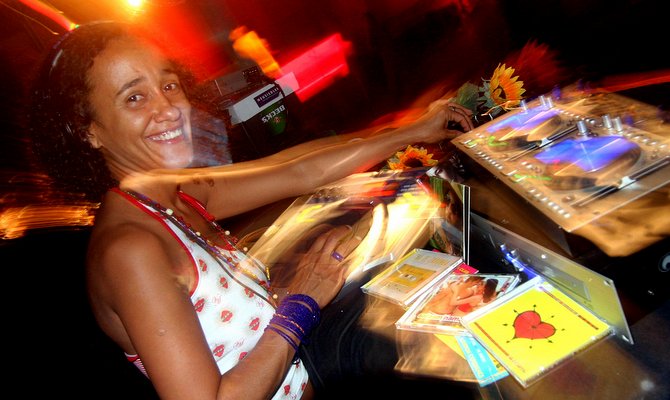 What DJ Grace Kelly presents her audiences is nothing less Pandora’s Box. She’ll shake the lid open and people will obediently start to dance, just like the myth makes snakes with glowing eyes sway lustily enough to stone the sight of the gods. In the hottest venues Berlin has to offer DJ Grace Kelly presents Afro Brazilian music and Latin American sounds, Baile Funk – all of it filtered through Drum’n’Bass and Electro. Like any cross cultural DJ, she’s embraces being influenced: And so a trained ear will notice the Oriental Breakbeats and Eastern European rhythms snuggling their way through her mixes.

Apart from her shows in different clubs and festivals in Germany and international, DJ Grace Kelly has established her own party: Mundo Mix – World Wide Dance Music. Once every month the hostess, together with the most intriguing musical guests, succeeds in offering a platform for developing that worn out label ”world music”. Anyone hosting prejudices against Latin music or thinking that ”World” is equivalent to that never dusted-off corner of the local music dealer – get your ass to Mundo Mix. It’ll set your feet off the ground and the way you listen to music will never be the same!

Or tune in the radio show ”Selektor – Brazil Beats” at the public radio station radio multikulti. Since 2004 DJ Grace Kelly uses this channel to present the multifaceted sounds of Brazil, thereby sustaining the particularities of a continent people tend to misinterpret as a whole.

So who is this Grace Kelly? A cultural ambassador, for sure, a percussionist, an excellent dancer, the DJ who knows how to make other people dance. But if you ask the artist herself what is it exactly that she plays, she’ll stumble around in her own knowledge of tradition and modernity because that is what she lives. Grace Kelly played the drums already in Bahia and Sao Paolo. She still swears commitment to the different rhythmic landscape of north-east Brazil. As a part of the nine headed band Rainhas do Norte, consisting of women who master the various percussion instruments like bass- and snare-drum, calabashes and more, as well as they sing. Rainhas do Norte enthusiast audiences in diverse indoor venues as well as larger outdoor festivals. The deep, characteristic sound of their percussion was originally used at the Carneval Recifes, in Maracatu de baque virado. The women of Rainhas do Norte synthesize this heritage with the sound of Berlin, and so it’s only logic that Grace Kelly is part of it.

For the reason of the mix, we will always see large cities, targeted and inhabited by immigrants from all over the world, turn into cultural jam jars. In Berlin people from almost every nation there is live their lives. And when we talk about Grace Kelly in Berlin, we do not mean that monarch cutie from Monaco. When we say Grace Kelly, we mean the witch master behind the turntables who came to us from Bahia, Brazil.