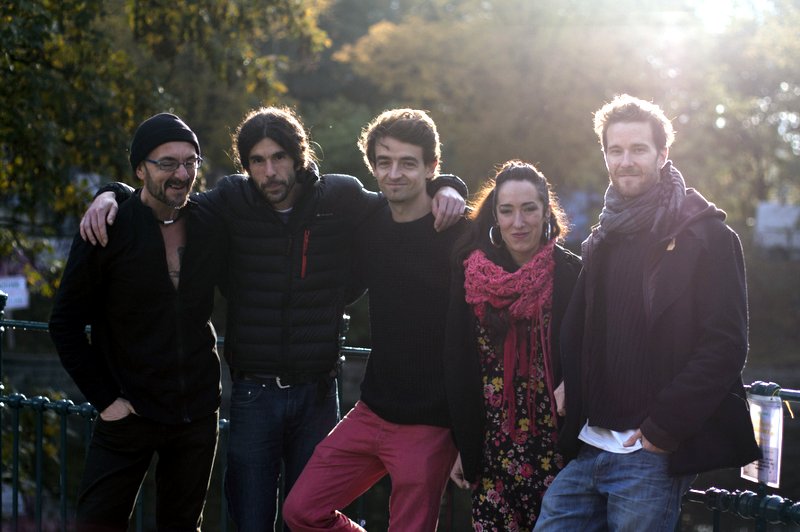 Music is emotion and passion – Azuleo artfully expresses this perennial truth in a wind of rhythm and melody gathered from the four corners of the globe. The group’s musical repertoire includes flamenco and jazz sounds, grounded in the rich terrain of Arabic and Spanish folklore. This international ensemble shines with virtuoso guitar playing, expressive vocals, cool saxophone sounds and spirited percussion beats.

Azuleo succinctly captures the romance and charm of cultural and musical tradition, tempered by contemporary tastes and cut with the innovation of their own personal flare and duende.

„Nueva Tharsis“ was released in 2008 by guitarist and composer Abel Sanchez, as an offering to his native Andalusia. After moving to Berlin, the group Azuleo arose out of many musical gatherings in the Berlin music scene. It was 2011 and Azuleo was born in the middle of the cosmopolitan city. The compositions on the first album „Contigo“ were born from collaborations with singer and flutist Elena Botica. Other components of Azuleo included French jazz saxophonist Joseph Carpentier, Romeo Natour, a percussionist and native of Palestine, and Berlin multiinstrumentalist and recording engineer Jonas Fehrenberg. These diverse influences, from flamenco roots to jazz, oriental, andalusian, balkan music and spanish folklore, create a sound which captivates audiences worldwide, making concerts by Azuleo profound and unique musical experiences.

Press cuts
”Some fusion music works, some doesn’t and some simply sounds so natural that it doesn’t sound like fusion at all; this is what Azuleo sounds like! The Spanish/French/German/Palestine flamenco group ”Azuleo” mix Middle Eastern flutes; Spanish flamenco guitar, percussion and vocals; along with jazz tempos; all of which is topped off with the dulcet, honey-sweet vocals of Elena Botica. The virtuous guitar rhythms of Abel Sánchez are a pleasure to the ears, the jazz element is added by Joseph Carpentier on saxophone and Jonas Fehrenberg on bass, while the deep rhythmic, almost tribal passions of flamenco are brought to life by Romeo Natour on the cajón. Furthermore, Natour and Botica adds Eastern musical sounds on the flute on some tracks along with Natour creating an array of percussion patterns of various inspirations.” (World Music Travel Blog, Jenny O´Connor)

”Azuleo´s Cd is a wonderful surprise. Its´collection of twelve selections certainly offers up a variety of sounds. Tight ensemble playing, creative arrangements, and memorable singing all come together in this expressive uniquely original CD with solid musicianship. Members are connected in the same improvisational pulse. Each track is tuneful and rhythmic with multi-layered grooves, splashes of Middle Eastern flavors and lilting soundscapes. Loaded with musical energy, their tunes meander their way across the enthusiastic musica terrain creating inspiring & infectious rhythms.” (Did somebody say flamenco? Blog, California) 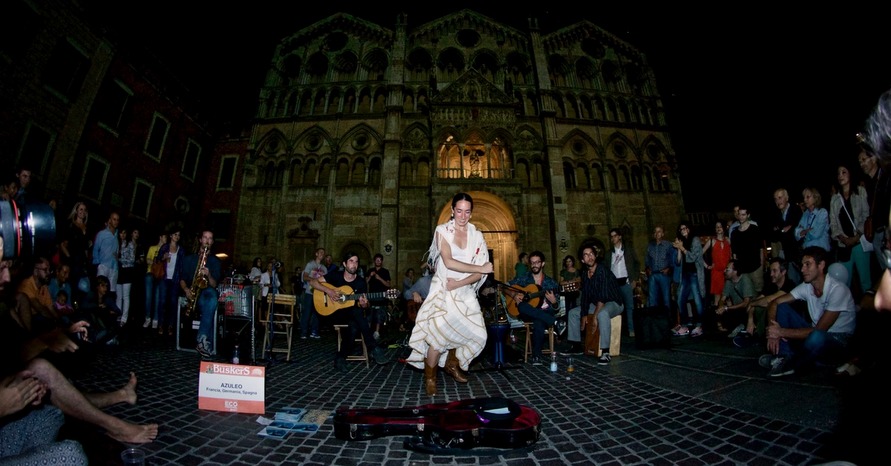