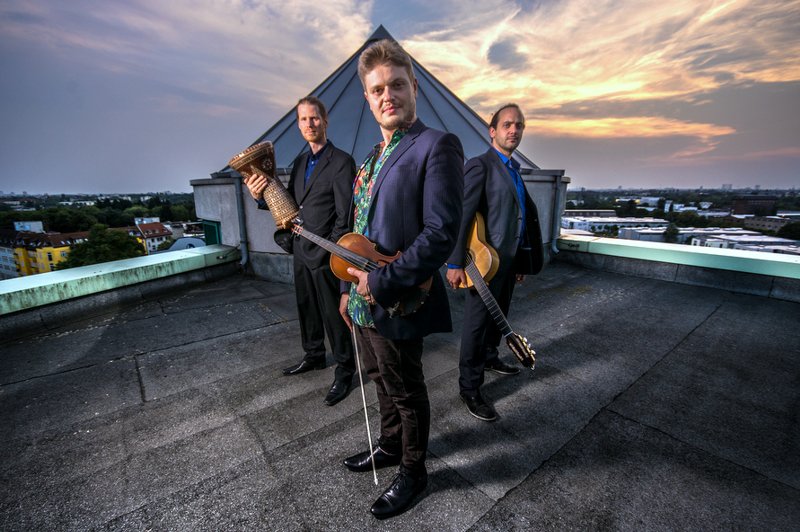 Aletchko is a vibrant three-piece band led by violinist, Alexey ‘Aletchko’ Kochetkov and supported by percussionist Peter Kuhnsch and guitarist Cristian Varas. Their sound is a special mix of music taking the influences of Balkan, Middle East, gipsy, Oriental,
Klezmer and classical composure. It’s a perfect sound for the cultural melting pot that is Berlin, the city they live now.

Aletchko’s eclectic approach takes you on a musical journey. The violin leads with its awe-inspiring fluidity and fast drums and fiery guitar bring out all the varying intensities of their sound.

Aletchko can make you swinging, stomping your feet, clapping your hands or swaying in calm sea of notes all throughout one performance. The music has a way of connecting people through a style of music created generations ago, from many different countries, but now coming together
in the beautiful German capital. Their music is ideal for weddings, celebrations, street festivals, and galas. It’s also great to listen to by yourself and feel a sense of nostalgia for faraway places you may have never even visited.

It’s the blending of old cultures and the artful synchronization of their instruments that make Aletchko so fitting in a multi-cultural city like Berlin. The trio have such a connectable sound, it’s both rich and lively while at the same time provocatively elegant, so be sure not to miss them!

Russian-born bandleader, Alexy Kochetkov, was trained at the Smolensk Music College. By 17 he was already traveling with a Russian Country band called “The Country Bandists”, who became second in the “European World of Bluegrass Festival” in 2003.

Leaving the Russian winter behind Alexey lived and played for a decade in Israel where he studied at the prestigious Jerusalem Academy of Music and Dance crafting Klezmer and Arabic melodies into his own modern styling. It was here he was given the nickname ‘Aletchko’. As he says himself, it reflects his musical personality as a mixture of east and west.

It was in 2010 that Alexey formed his first “La Basta” band and after touring all over Israel and Europe decided to settle in Berlin in 2013. He took his nickname Aletchko and formed a band, as he believes it embodies the inter-cultural fusion, which he brings through his music.

Christian Varas is a sensual guitar player from Chile. Trained in classical and flamenco guitar, he compliments “Aletchko” with passionate strumming and elevated solo parts. Varas brings an extra flavor to the band through his soul wrenching harmonies and excellent backing parts full of talent and groove.

Percussionist Peter Kuhnsch is influenced by many different cultures and musical styles just like the rest of the band. These include world music, jazz, contemporary and classical rock. Peter Kuhnsch studied drums and percussion at the University of Theater and Music in Leipzig, where he lectures today. Kuhnsch collaborates with several leading musicians and is constantly on tour both in Germany and abroad. 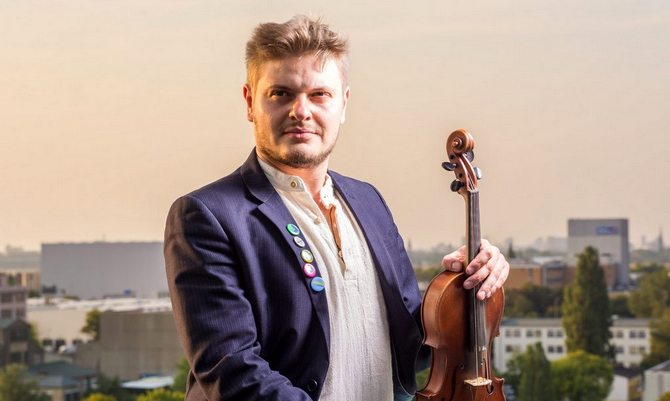 press cuts
„Kochetkov is a accomplished violinist, with an almost inexhaustible fully memorised repertoire, virtuous and at the same time profoundly deep in contemplation. “ (Oberbadische Zeitung 2014)